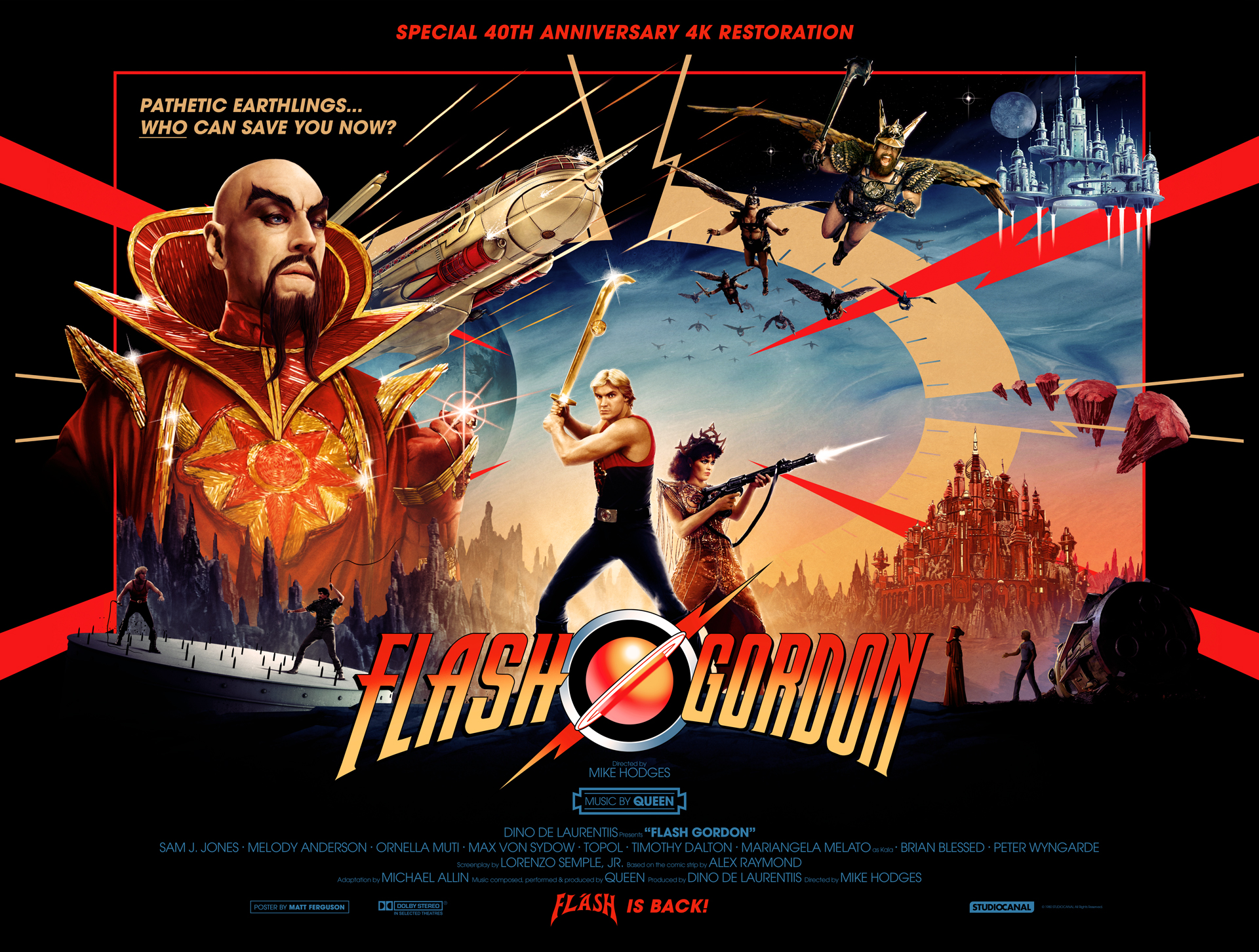 Gordon’s alive! Boy, do we have a treat for you all! Here is an exclusive Flash Gordon clip taken from the brand new 4k Ultra High Definition restoration, due out 10 August, and what a perfect scene to show the film in all its glory – the moment we first see Ming the Merciless as his subjects are paying him tributes – see if for yourselves here…

StudioCanal’s new 4k, Ultra High Definition restoration is to mark the film’s 40th anniversary, and not only does Flash Gordon’s collector’s edition look fantastic, it also comes with a whole host of goodies including interviews, featurettes and loads more! Pre-order yours here.

Flash Gordon be in select cinemas from 31 July and will be released on 4K UHD Collector’s edition, Blu-ray, Steelbook, DVD and digital on 10 August 2020.