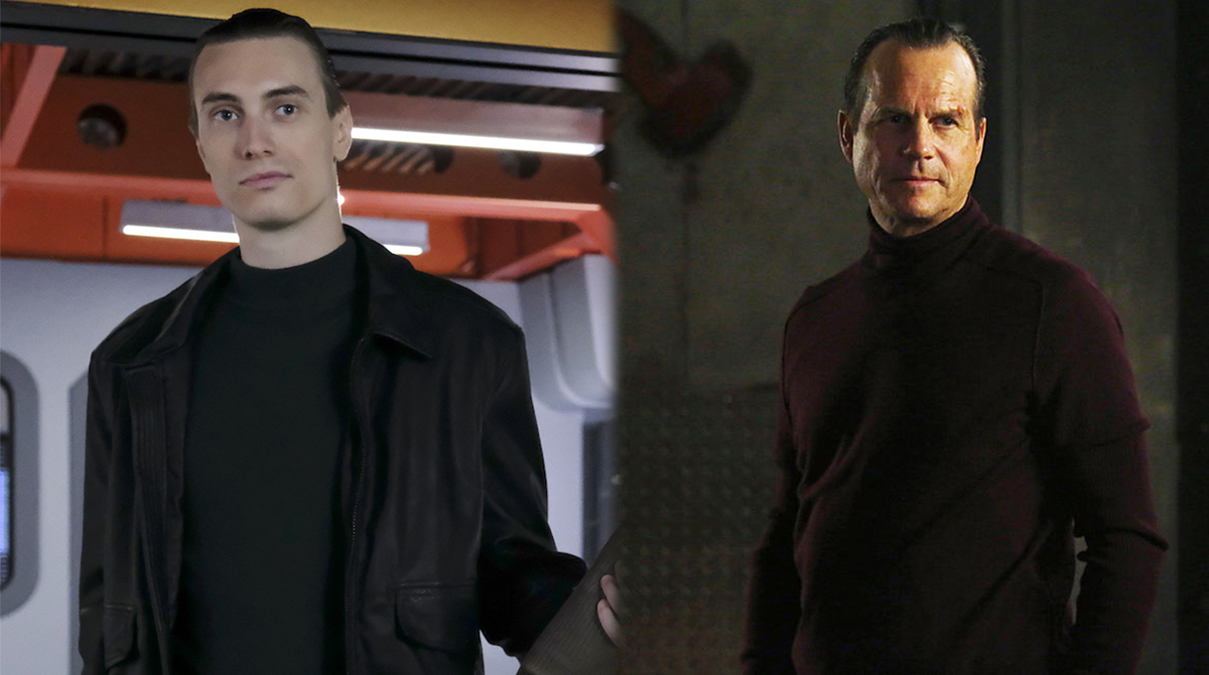 Agents of SHIELD fans may have initially been surprised at how well the actor portraying a young John Garrett, the charming double agent portrayed by the late Bill Paxton in season one, was able to mimic the actor’s recognizable mannerisms, even evoking vibes of Paxton’s famous Aliens role. However, those who recognized the actor as Bill’s own son James Paxton saw instead a fitting tribute and a touching family legacy as the role was passed on.

Seeing young Garrett during the team’s visit to 1983 might not at first have seemed to fit with the storyline surrounding Inhumans, but longtime viewers of Agents of SHIELD will remember that the agent’s secret involvement with Hydra stemmed from an incident where he was injured in Sarajevo, becoming one of the first subjects of Project Deathlok to replace his damaged parts with machinery. His obsession with superpowers, however, may have predated his need to repair his own body.

Agents of SHIELD created an interesting misdirect by having Nathaniel Malick exploit John Garrett’s desire for immortality, which was evident during the Bill Paxton incarnation of the character in season one, making us think that Malick was after Jiaying’s restorative powers to transfer to his young protégé. Instead, Garrett received the teleportation powers of Gordon, with which he seemed quite pleased.

In fact, it was Garrett’s enthusiasm, wide smile, and sardonic humor that brought so much of the Paxton family resemblance forward. James was eerily able to speak with his father’s voice when Garrett almost gleefully reminded Coulson that in the original timeline, he vaporized Garrett with an alien weapon back in Agents of SHIELD season one. Similarly, when Garrett worried that he might inherit Gordon’s eyeless appearance, he expressed his worry with the inflection of Bill’s famous “Game over, man!” line from Aliens.

Garrett may have taken on his new teleportation powers a little bit too easily, and extrapolating his 1980s piloting skills to flying a quinjet was a tad convenient, but his joyful acceptance of the gifts Malick bestowed upon him brought forth the best characteristics for James to honor in his father’s portrayal. When he spoke of flying a spaceship as part of the “best day ever,” his infectious celebration almost made us forget he was instrumental in kidnapping Agent Simmons.

Fortunately, we’ll get to see more of James Paxton’s interpretation of his late father’s character in the Agents of SHIELD episode to come since we’re clearly in store for a rescue mission of sorts with Deke hidden on board the plane, and for now, Garrett is still piloting the quinjet. In the meantime, fans are grateful for the brilliant way the show honored a favorite character and memorable guest actor whose life was cut far too short.