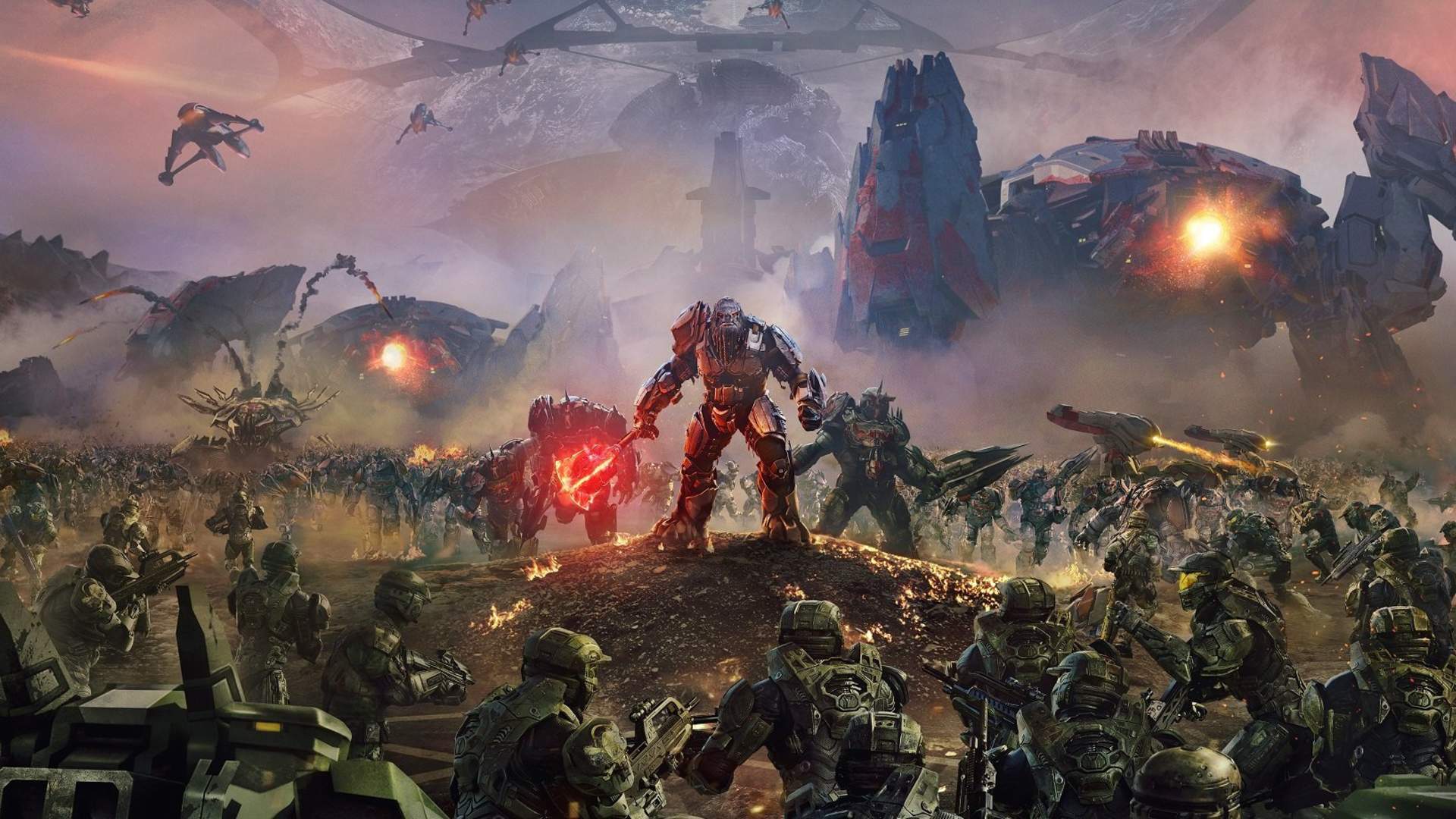 Led by Brutes baring sharp teeth and wielding gravity hammers, the Banished are one of the Halo universe’s most imposing factions. Introduced in 2017 as the antagonists of Halo Wars 2, they’re a splinter group of ex-Covenant warriors dedicated to clawing out a mercenary criminal empire. And that mission seems to continue in Halo Infinite.

A Halo Infinite teaser released in June featured what appeared to be the voice of Atriox, the leader of the Banished.

“The hour approaches. Our forces occupy the ring. Within hours, it’ll be under our control. Humanity will burn. Their brazen defiance will be all but a memory. No more prophets, no more lies. We stand together. Brothers to the end. We are his will, we are his legacy, we are the Banished,” said the ominous voice in a recording that’s likely an in-universe transmission.

Not much is known yet about Halo Infinite. A trailer released at E3 2019 showed the Master Chief waking up to fight in yet another galactic crisis, this one seemingly set on a high-definition forested world not unlike the very first Halo ring. But what role will the Banished play in this new story?

Who are Atriox and the Banished?

The first three games in the Halo series centered on the fight between humanity and the Covenant, a violent religious faction of aliens who, unfortunately, happened to be humanity’s first contact with the rest of the galaxy’s species. By Halo 4, the Covenant had been defeated, and while the story moved in another direction, the aliens kept making military and political shifts in the background. It was in the chaos that Atriox, a powerful former Covenant warrior who left in disgrace to become a mercenary, rose to power.

After the Covenant fell in Halo 3, the Banished took advantage of the power vacuum and became a stronger military force. The group is mostly made up of Atriox’s Jiralhanae species, known by humanity (and labeled in the game) as Brutes. Anyone can join the Banished if they prove their use as a mercenary, though, so Elites, other ex-Covenant species, and even humans make up some of their ranks. Thirsty for power and galactic domination, the Banished always have their eyes on the most dangerous weapons in the Halo galaxy, including the parasitic Flood.

The Banished have attacked both what’s left of the Covenant and humanity, and threaten, destroy, or enslave others. To that end, the aforementioned transmission for Halo Infinite teases that they have now taken control of a Halo ring, a superweapon capable of wiping out organic life across the galaxy as well as unleashing the parasitic Flood, a scourge that assimilates any lifeform it can.

The ring in question may be Installation 09, a newly-minted weaponized ringworld, created in Halo Wars 2 by the crew of the stranded UNSC ship Spirit of Fire as a way to relay a message back to humanity. At the end of the game, the new Halo ring enters slipspace and is heading towards the location of the original Halo ring, Installation 04 (or Alpha Halo), when it’s intercepted by one of the giant Guardians introduced in Halo 5: Guardians. Did Atriox and the rest of his Banished eventually catch up to Installation 09?

Another possibility is that Atriox used the Ark, the massive mechanical breeding ground for Halo rings where Halo Wars 2 is set, to create yet another superweapon with which to dispose of his enemies. The one thing we do know is that the Halo Infinite announcement trailer confirmed that the next game would take place (at least in part) on a new ring.

Why Use the Banished?

After the Covenant fell, the Halo universe needed new villains for new stories. Several new factions have cropped up to fill the void left behind by the Covenant, including the ancient Prometheans, which in Halo 5 were taken over by the Created, a wild card artificial intelligence liberation faction run by Master Chief’s closest companion turned villain, Cortana. Since the end of Halo Wars 2 teased one of the Created’s Guardians intercepting the new Halo ring, it’s possible that Cortana and her robot army will play a major role in the new game. But if the Halo franchise chooses to focus on the Banished instead of the Created, the game might work out better in the long run.

Placing the Banished in the main villain role would give the Master Chief plenty of aliens to fight, freeing up the Created to be either the emotional heart of the story or a threat in the background. Many long-time fans were disappointed by the ending of Halo 5, which sees a “rampant” Cortana launch a campaign to take over the galaxy. Criticisms included the poor portrayal of mental illness (Cortana’s story was coded to look like a mental breakdown), the vilification of a beloved hero character, and the new enemies simply not being much fun to fight. The Created could make a big statement about how sapient artificial intelligence functions in the Halo universe, but doing so would unmake exactly what a villain needs to do in Halo: be cannon fodder for the player.

Whatever may lie ahead for Master Chief and humanity, Halo Infinite will have to prove whether the 20-year-old sci-fi franchise still has what it takes to compete with today’s biggest shooter franchises. The game is scheduled to release in Holiday 2020 for the Xbox Series X, Xbox One, and PC.